Start assembling thisi transistor radio at seven o'clock. At eight, plug in the earphone and listen to programs! It's as simple and reliable as that.

Even if you've never attempted radio construction before, you'll find the job easy and enjoyable. The secret lies in a carefully planned and tested layout with open, one-plane wiring. Add to this the fact that we've presented a fullsize photograph, over which you can assemble and wire the parts, and you can't go wrong.

In the design of this set, special attention was paid to protection of the sensitive transistor against the heat of the soldering iron. The protective measure? No soldering of the transistor! You do all the assembling and soldering while the transistor is safely enclosed in its plastic container. Then, as the very last step, you merely wrap the three slender leads of the transistor under the heads of three small screws and tighten the latter. 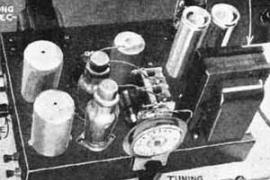 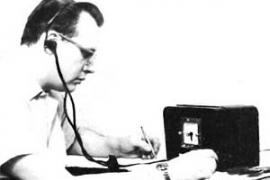 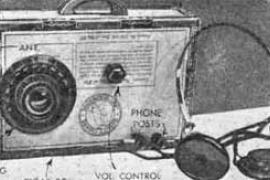