Build a Tractor From a Car Parts 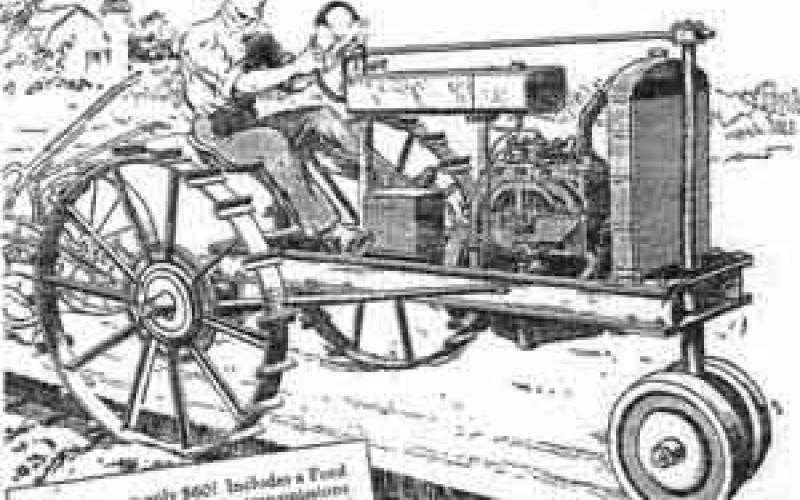 These plans are to build a tractor from old car parts.

There are two different sets of plans linked below. Both use Model A and Model T parts.

Printed in 1939, this set of plans called for parts off a Model A, Model T, and Chevy trucks. At the time, the project would cost less than $60!

The first design is of a cultivator-style tractor, high rear wheels that could be weighted to provide even more traction. The description says that under average soil conditions, it could handle a two-bottom 12" plow, a 7' disk harrow, or two-row cultivators.

The plans state that although a low hitch is provided on the rear-axle housing, the high hitch, also shown, is safe for most loads, as it was found that, with the tractor anchored, in several tests to determine its turn-over tendency, the forward wheels lifted 15 in. but no more.

To insure a more efficient cooling and lubricating system than that provided on a Ford model-T motor, which is used in this tractor, a water pump and an oil pump may be added, but these details are left entirely to the discretion of the builder.

Amazing for the farm builder, using the plans and parts as described, one would need very limited welding. Most of the work would involve wrenches and hacksaws and the like.

This vintage farm tractor is a great example of the ingenuity of rural builders, working cheaply with limited materials.

The second set of plans is a smalled wheeled tractor, but is just as useful. 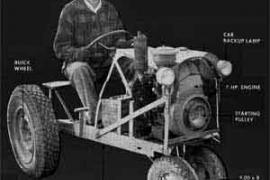 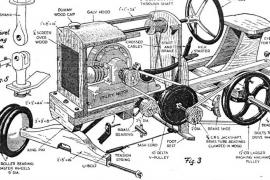 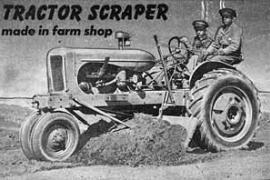 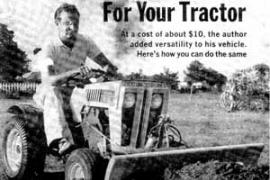 Tractors
Build a Tractor From a Car Parts