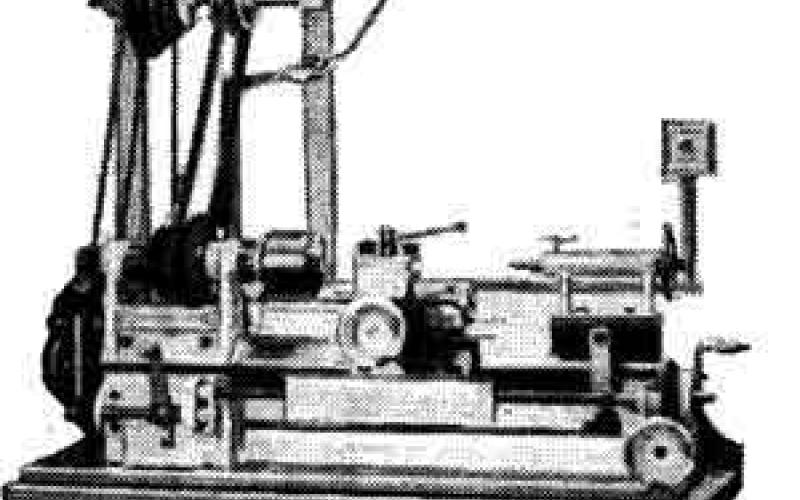 Build this hobbyist's lathe in your garage. It's capable of small hobby projects.

Then use the plans for the attachments that we have to give your tool more flexibility. You'll be churning out parts in no time, and building bigger projects.

The machine to be described is not put forward as an “ ideal ” lathe, but as an example of a plain lathe of simple and straightforward construction to which additions can be made as time, fancy, or necessity dictates.

The lathe came into being through the acquisition of a set of Stuart No 10 engine castings and the realisation that I had no means of machining. Certain limited facilities became available, and it was decided to make up a simple lathe rather than deal with the engine castings, as this would leave me with a lathe after the engine was finished. As things turned out, this was a wise decision, the facilities for machining ending much sooner than was expected.

I dislike anything that looks obviously home-made, however good its performance may be. As castings were out of the question for a variety of reasons, commercially obtainable sections, plus the junk heap had to provide the materials for construction. They required careful selection to ensure that appearance did not suffer.

It was decided to keep costs down to the minimum, and in fact, the only items purchased specially for the machine itself, were Allen-type screws and the mandrel ball-thrust bearing.

Turn Your Car in to a Welding Machine
Continue reading 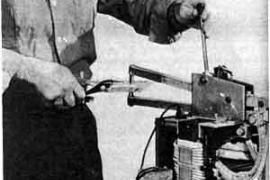 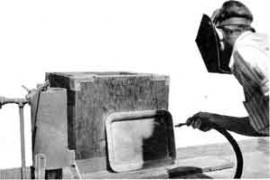 Making a Sandblaster for the Home Workshop
Continue reading 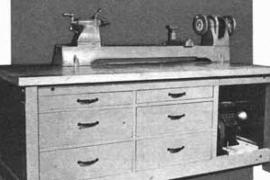